I recently bought and read seminal Vancouver author William Gibson‘s latest, Spook Country. Gibson is one of the few authors i make a point of following. S.C.’s a good read, if a little gearhead and plodding — the man’s a fanatic for detail, too much detail. But he still has a hawk’s eye for the telling social insight and the signature ideas of the time.

I always collect quotes from books i read (that’s why the pages are always turned down) and here are a few that imrigued me — especially the “cold civil war” and the “fuckedness index.” Emphases mine. 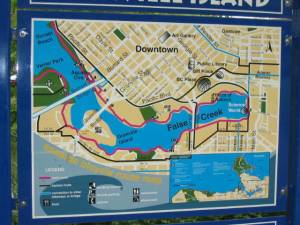 Ukee, Toff … don’t let those developers snow you into letting go of the waterfront as a public resource. I spent about two hours walking the shores of False Creek, ALL of which is public walkway.

The land must be worth bazillions, and developers must have lusted after it and lobbied for it like crazy. But the zoners stood firm in Vancouver, and they should stand firm on the West Coast. There’s no need to pander to these people and their pocketbooks.

Below, a public walkway on the south side of False Creek. Cambie St. Bridge in the background. 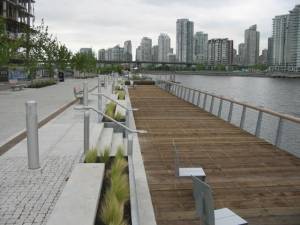 Here’s the Olympic Village construction, south side of False Creek. How ’bout that sexy footbridge, huh? The Olympic committee ain’t sparing our taxpayer dollars on this project. I counted ten giant construction cranes. After 2010 it’s all slated to become housing — 250 units (out of 1,100) designated “affordable,” whatever that’s going to mean.

Look at the density in north False Creek. Is this gettinig to the “too much” stage?

They’ve done some model projects in reclaiming some of the industrial land.

In the city (Burrard St. here), both density and construction are going through the roof. Again, when is enough enough? Many of my friends now say the condo market is going soft. 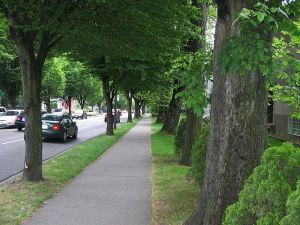 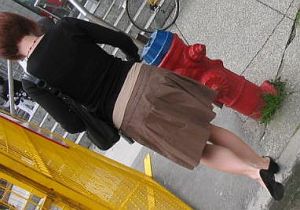 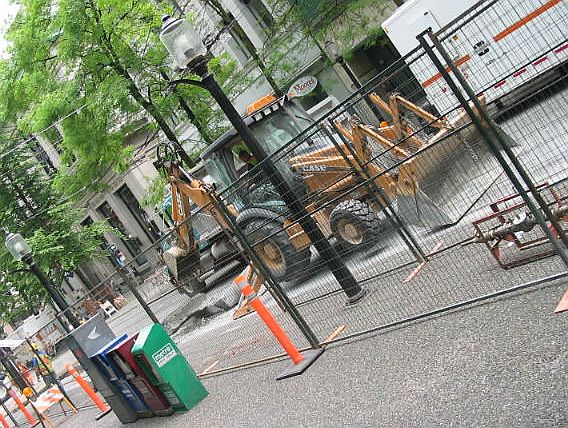 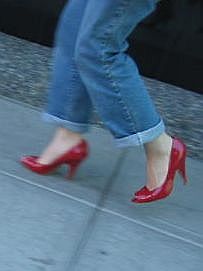 Water coming up from the ground, rather than down from the sky

Sidewalks with people on them 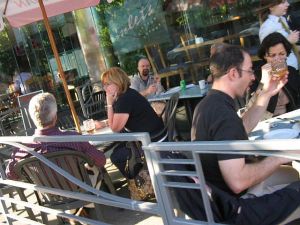 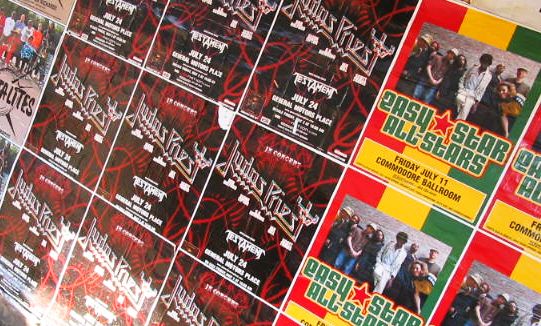 Cleavage (sorry, couldn’t get the shot)

A choice in print media

Did i mention architecture?