I’m pleased to announce that my chapbook other men’s wives : love poems to a village of creative women is fresh off the press, as of a couple of weeks ago. Only 55 copies were printed — we’ll see how long they last.

We held a triple launch party on Nov. 22, as the kickoff event of the Clayoquot Oyster Fest. In addition to OMW, the packed-house evening featured a (very) dramatic reading from Tofino Timeless, a collaborative story by 10 members of the Clayoquot Writers Group, and David Floody’s wry Kittenstein and Frankenfur, the Gambling Cats (ebook here).

I must admit to some trepidation about publishing two dozen mostly bona fide love poems, most quite personal and many about women who still live here on the Wet Coast. I did my best to disguise all references to individuals (there were many), but i fear there may be a backlash of some sort.

UPDATE THREE MONTHS LATER — There are just four copies left. No significant backlash, though i did have a couple of “corrections.” Not surprisingly, about 80% of the copies were bought by women. As i say in the foreword, Women, wonderfully, are still susceptible to poetry. They get it; they understand it; it touches them.

The literary world has two chronic word problems. As writers, we know the power of specific words to shape a reader’s thought and feeling. We spend hours searching for the exact words to capture what we want to convey. 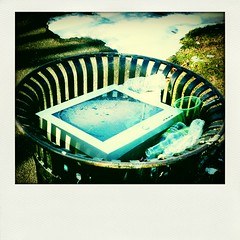 Our thesauruses are full of synonyms — myriad, plenitudinous, superabundant synonyms — and we take perverse pride in agonizing over which will be most effective in a given sentence.

Yet in our own hopeful business dealings, we begin and often end with two loose, sloppy words that carry all kinds of unpleasant baggage. Yet we seem blind to their effects upon us. I refer, of course, to “submission” and “rejection.” END_OF_DOCUMENT_TOKEN_TO_BE_REPLACED

It took me a long while to get to it. I first looked at a friend’s copy years ago. He recommended it highly, though he hadn’t done the program, just dabbled in it. Same as a lot of other people i talked to over the next few years — people who owned the book, intended (some day) to follow through its 12 weeks, but hadn’t — yet.

I’ve been a blocked, underproducing artist for some years now, sinking slowly into frustration, bitterness and a general rut. My artistic life consisted of mostly attempts to finish up things begun months or years ago, a backlog of seemingly good ideas that i couldn’t let go of and really should finish up so i could move on to the new stuff. It wasn’t crippling — i have managed to throw together a quite a few good poems and pieces — but there’s no doubt the energy and the fun was draining out of my writing, and out of life too. END_OF_DOCUMENT_TOKEN_TO_BE_REPLACED

Going through old files yesterday, i ditched most of ’em. My new modus operandi is that if i’m not engaged in something today, or have definite plans to be engaged in it within a month or so, there’s no point in hanging onto a paper record “in case” i get to it in future. The future has its own fast-evolving set of circumstances, and its own ceaseless feed of interesting stuff, and its own imperative, and it’s unlikely that something i came across today will still be relevent. And if it is, odds are it’ll be available on-line. END_OF_DOCUMENT_TOKEN_TO_BE_REPLACED

A short essay that has never seen the light of day, on a topic that must surface daily in the bathrooms of the world. On this page.